This post shows the Administrator Roles used in both the Office 365 Admin Portal, and Azure AD, and the equivalent roles where the names differ. 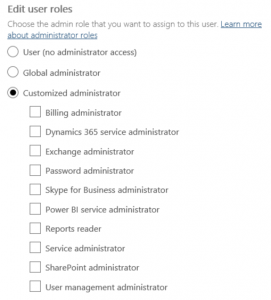 Note: you can assign multiple Administrator Roles to a user.